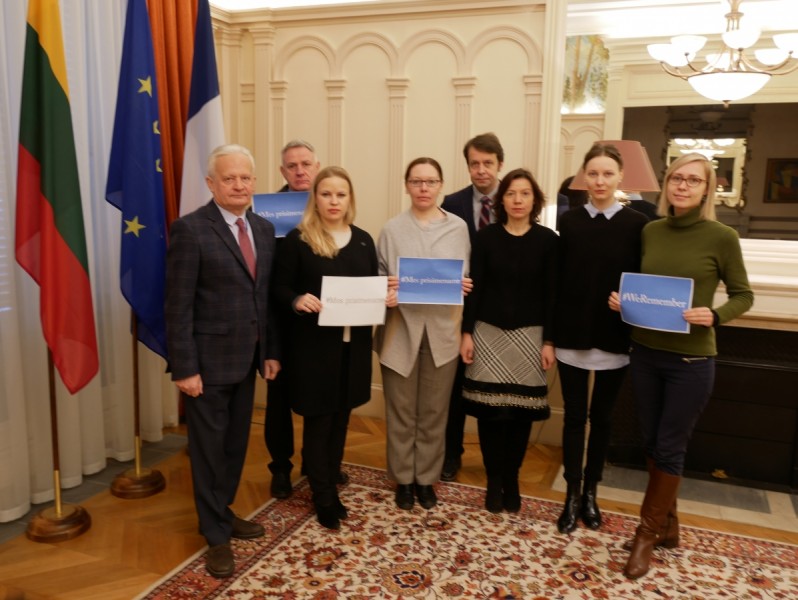 After I graduated in French philology and got a second BA degree (the first one was Political sciences), I decided to make an old dream come true and do a traineeship in diplomatic service. I have chosen the Embassy of Lithuania to France because of language knowledge and particular interest for French politics and culture.

During my traineeship I was responsible mostly for the preparation of reviews on the news about French foreign politics. I also attended briefings, lectures and conferences at French and EU institutions in Paris, collected information and reported official position of France regarding EU affairs to the Ministry of Foreign Affairs of Lithuania. Moreover, I assisted during occasional events at the Embassy and translated documents.

This traineeship helped me to enhance knowledge on French domestic and foreign policy issues, improve written and spoken French language and translation skills. Furthermore, I gained experience of events, such as diplomatic meetings and receptions, planning and enhanced knowledge of diplomatic protocol.

I would strongly recommend the Embassy as a receiving institution for those who are keen not  only to visit Paris but also get inside the institutions of France, meet politicians, diplomats or political scientists and extend the network which could be valuable for your future career.