This fall I had a chance to work as intern, embedded electronics engineer in company called EnOcean in Oberhaching, Germany.

Oberhaching is a municipality of Munich district in southeastern region of Germany also known as Bavaria. Oberhaching like most of German municipalities is surounded by farmlands and forests and In the centre of it there is a nice Romanesque St.Stephan church. Oberhaching it self is a small town with less than 15000 inhabitants, so most of my free time I spent in the captital of Bavaria – Munich. In the city I had a chance to attend to worlds largest Volkfest – Oktoberfest. There I had chance to listen to German folk music and taste national beer. Also for me, as an engineer, was very interesting to visit Deutsches Museum whitch is the worlds largest museum of science and technology, with more than 15000  exhibited objects from various fields. Unfortunately I did not managed to see even half of the exhibits after all day spent in museum.

EnOcean is small, but very international company. I had co-workers from all over the world: Spain, Croatia, Lithuania, Germany, England, Greece and even Tunisia and Mexico. They were very friendly and kind, so I adapted very fast. Also in company there is like a tradition to go jogging during lunch break when weather ir suitable. I joined them and in few weeks I could finish all the track, but two months of training was not enough to keep up with co-workers. During 2 months my main task was to determine if particular concept would be suitable for new project. Main idea of project was to create a device that could detect occupied area in specific distance. Sadly, but after a lot of tests it was clear, that particular concept is not suitable for this application.

The idea of going abroad and work as an intern I got from my final bachelor degree project professor. He asked me if I would want to go to Germany, because one of his ex students are working there and they are looking for interns. Then I thought for myself: „why not?“ and after sending motivational letter and interview I got accepted. It was a little bit scarry at first, but after all, this was one of the best decisions in my life. 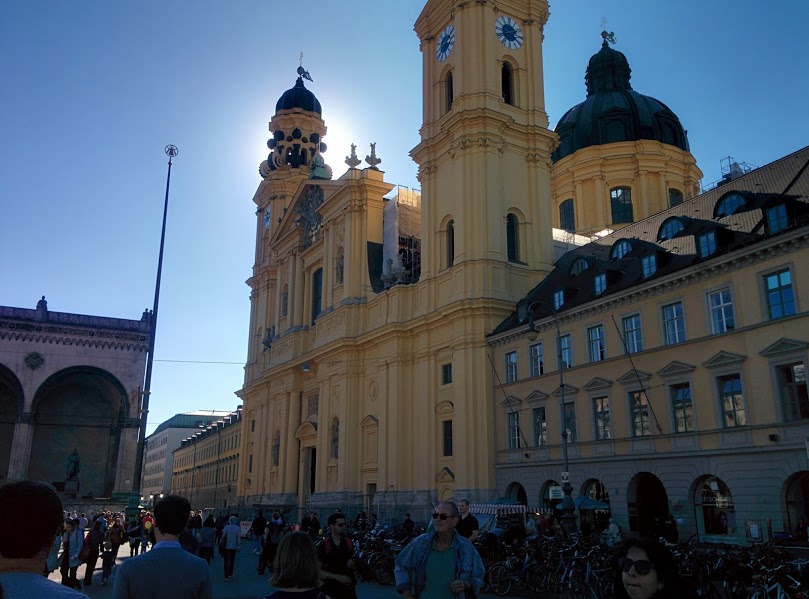