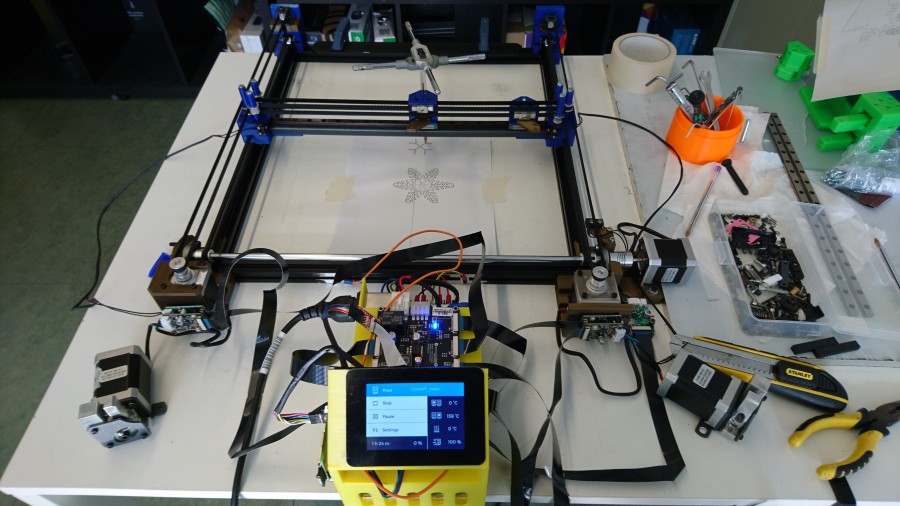 BCN3D Technologies is a young company, which is offering to the market a good and reliable desktop 3D printer. As being part of research and development center I saw how new things are implemented into the printer, what is limitations and of course goals in improving printer more. At the beginning of my practice I get simple tasks, basically just to get familiar to the printer itself, how it works and how to solve some issues if the printer is not working as it should. Later I get task to adapt standard Titan Aero extruder to the Sigma printer construction (Fig. 1), to see if the standard extruder is better and it would be worth to change it in later versions of the printer. After that I helped to model, assembly and adjust Core XY prototype (Fig. 2), which uses a bit different construction than the printer has now. During all practice I was getting small tasks like to remodel and improve some of the printers parts, that it would be easier to assembly, or some parts that they are using during printers assembly process, that the assembly process would be easier and faster.

The colleagues, especially in the research and development center were very nice and friendly, my supervisor had quite a lot of experience working as engineer, so it was easy to get some help if I didn’t knew how to do what I needed to do. 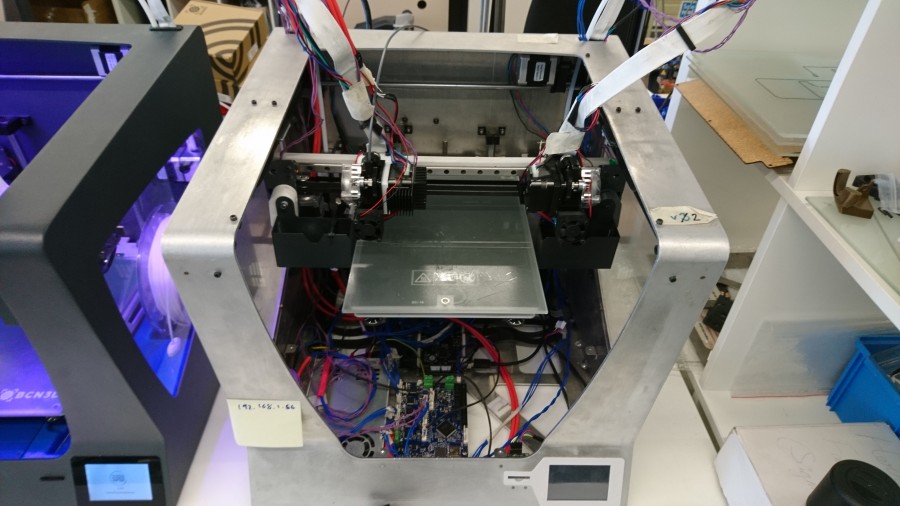