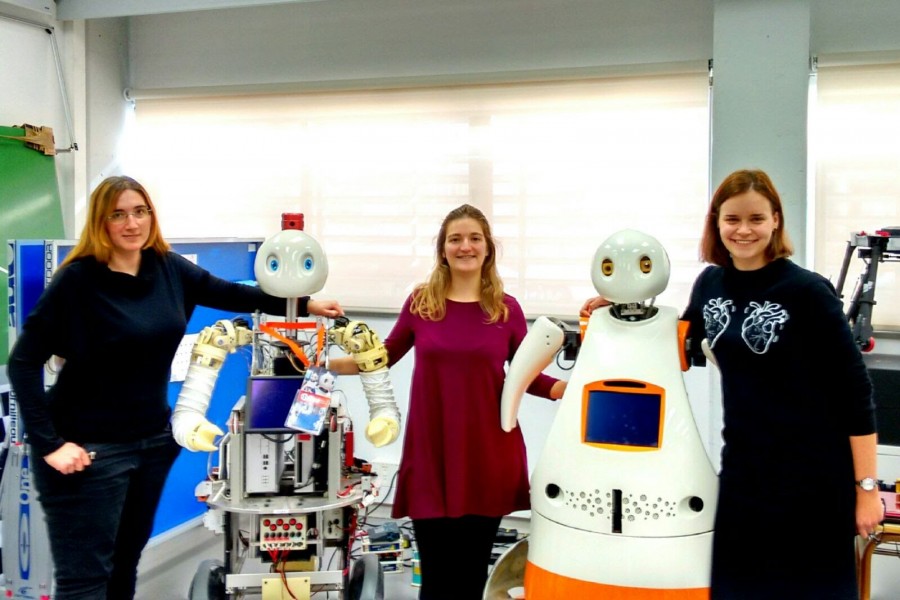 Internship at Institute of Robotics and Industrial Informatics in Barcelona

Although my Bachelor‘s degree studies in mathematics at Vilnius University were coming to an end, I was still uncertain which career path to choose. In order to make a more confident decision I took advantage of Erasmus+ programme. It enabled me to spend six months at Institut de Robòtica i Informàtica Industrial (IRI) in Barcelona, Spain, and gain more experience in research which was the field I fancied the most.

The main objectives of my internship at IRI were to study detection of variable symmetries in numerical constraint satisfaction problems and to implement a method that detects such symmetries. Since the topic was new to me, part of the stay was dedicated to familiarize with it. Previous work was studied as well. When implementing the method different problems of methodology and implementation itself were tackled. The work was carried out under supervision of two other researches who strongly encouraged me to search for different approaches to the problem or improvements of the method which was being implemented.

During the traineeship not only did I deepen my knowledge of related topics in mathematics but also acquired more competence in computer science. Moreover, I strengthened my programming skills with Matlab. Due to the requirement of reporting the work I also enhanced my scientific writing proficiency.

Experience at IRI influenced my decision to seek a further career in academia. Since I was offered a place at a greatly appealing MRes+PhD study programme in United Kingdom, I am sure that all the acquired skills will prove useful.

Attention to graduates to be: Calls for Erasmus+ recent graduate internships is ongoing 2016/05/31 @ Universities